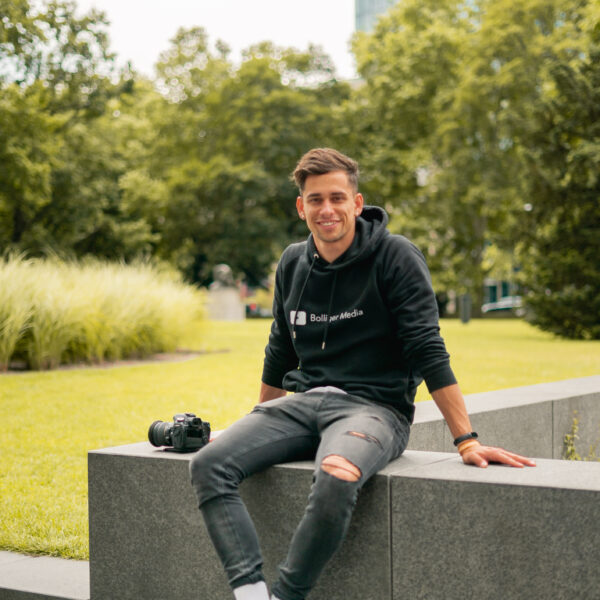 Peter Bolliger’s journey started in 2018 when he quit his job and decided to follow his dream of being a successful entrepreneur one day. Crucial to this this decision at such an early stage in his life were the experiences he had during his one year of social work in a retirement home, a hospital, and a school.

The daily conversations with people who were at the end of their lives made him really think about what he wanted to do in his own life. Because of this, he decided to follow his enthusiasm without really knowing where it would lead him.

Eventually he tried all kinds of things, with many ups and downs, until he stumbled upon something he really enjoyed, got better and better at (because he was pretty bad at it at first), and was paid good money for That thing was making videos.

Today Peter runs the video production company “Bolliger Media GmbH” in Lucerne. Currently, the company consists of two employees and is therefore still small and manageable. Nevertheless, they work with some amazing clients and help them to share their stories and messages via video.

How to follow your enthusiasm and make a living from it.

Without revealing too much, Peter resumes: “I want to talk about the importance of doing, learning, and pursuing something that we’re really passionate about. In general, I just want to tell the story of how I went from being a broke backpacker sleeping in hostels for $2 a night to becoming an entrepreneur and making a living doing something that I really enjoy.”